Home > All Projects >
Back to Residential 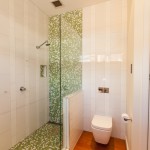 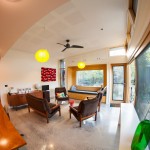 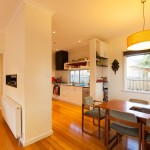 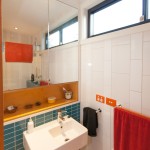 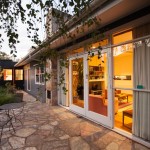 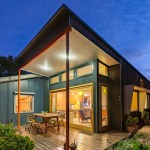 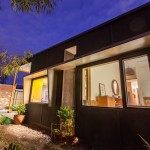 This project was carried out in two stages. Stage 1 involved an Owner Builder renovation of a 1960s weatherboard to provide new kitchen, laundry and bathroom fit outs that complimented rather than replicated the existing style. Other alterations prepared the existing house for the addition of a second stage extension that could be constructed independently with the family occupying the existing house all separated by a large cavity sliding door at the end of the angled hall.

The client loved the simple unpretentious gable roofed box form of their existing house and sought a Stage 2 extension that had a contrasting simple geometry and did not obscure or dominate the original. This is achieved by the construction of a black plywood clad wedge connected to the existing house by a lower link space. Barely visible from the street the new building is usually revealed inside out although is best viewed from the back yard cubby/ chicken coop. The wedge contains a rumpus room (in tribute to 1970s ‘room out the back’ extensions) with a generous picture window seat and doors to a covered deck. Beyond the back room is a parent’s area with open study nook, separate small bathroom and a bedroom.